Empowering youth to speak to power

The UN SDG Award winner Youth Climate Report is a multilinear, interactive, database documentary film project presented on a platform of a Geographic Information System map of the world. Simply put, it’s a digital map containing videos of climate research produced by the global community of youth from 2008 to the present. Academically, this remediation of the traditional documentary film is known as a Geo-Doc. 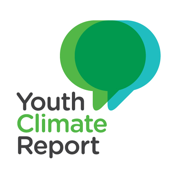 Conceived in 2011 as a feature-length documentary film project showcasing approximate five video reports made by youth for presentation at the United Nations’ annual climate summits known as the COP conferences, it evolved into this interactive format to better serve the delegates, negotiators, and policymakers that attend these events. In 2016 it was designated as a partner program of the United Nations Climate Change secretariat and today serves as a resource for those attending the climate conferences. It is also available on various public websites and social media so everyone worldwide can interact with the project. 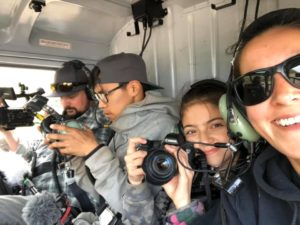 The videos are curated through a contest administered by the UN called the Global Youth Video Competition. Each year two or three themes that will be prevalent at the COP conference that year are identified for the participants. The videos are submitted to an organization called Television for the Environment that administers the judging process. The top twenty videos in each category are then added to the Youth Climate Report project. The winners of the competition are flown to the host country of that year’s COP conference where their films are premiered at an awards ceremony. The winners are also given an internship at the conference so they can gain valuable first-hand experience in the international policy-making process.

Here is a link to this year’s categories and winning videos:

Future research on this project includes other means of engaging youth to be trained in documentary production and to tell their own stories of climate research and impacts where they live. Programs like The Planetary Health Film Lab provide this opportunity to eligible candidates who may not have access to the UN competition, such as those living in remote communities throughout the world. As the project strives to be all-inclusive, efforts are made to involve aboriginal and technologically-challenged communities. Planetary health is an issue that affects everyone so it is necessary to give voice to everyone with this project. 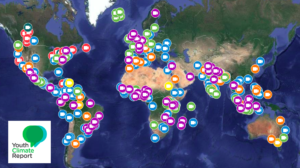 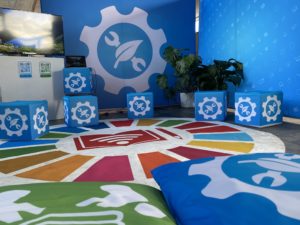 Use the code to sign up for our newsletter 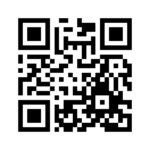